Guide to Regulation A+ Funding

Investing is no longer for just the ultra-wealthy. Regulation A+ funding, or Title IV of the JOBS Act, has made it possible for investors at all income levels to put their money in growth-stage companies they believe will be successful, interested in using Regulation A+ funding for your startup, or wanting to learn more about investing in one? Here is our guide of what you need to know to get started.

Traditionally, investing in startups and other growth-stage companies has been the privilege of the wealthiest Americans. Accredited investors (people making $200,000 or more for two most recent years, or with a net worth of $1 million) were the only ones allowed by the Securities Exchange Commission to invest in startups. Investing is starting to see greater democratization, however.

In 2012, President Obama signed the American JOBS Act into law, with ten provisions to improve Americans' working outlook and overall financial opportunities. Title IV of the JOBS Act, also referred to as Regulation A+, allows companies that want to raise between $3 million and $75 million to do so from anyone – regardless of assets and income levels.

This particular portion of the JOBS Act was enacted in June of 2015, and it is still gaining momentum. When the intricacies of the act are boiled down, it is a pretty simple concept. Investing in companies in the TestTheWaters(TM) phase is no longer just for the rich and already-affluent; Any person in the world can invest their money in a company they believe in and see the potential financial rewards of that investment.

Tier 1 funding is intended for companies looking to raise to $20 million. It includes the following specifications:

A few steps must be taken for investors interested in an opportunity that falls under the Tier 1 specifications. A disclosure document must be filed with the SEC, financials are then reviewed, and the investor must register and comply with the Blue Sky laws of the state where they reside.

Tier 2 funding is intended for companies interested in raising from that $20 million mark to $75 million. It allows for the following:

Tier 2 investors must file disclosure information with the SEC (and get qualified) that includes current/semi-annual/annual financial reports and provide audited financials.

Regulation A+ vs. IPO

There are advantages for private, growth-stage companies who file a Regulation A+ offering instead of a traditional Initial Public Offering. The first is that the investor pool is vastly more significant. Even though those investors may not have the same type of cash set aside for investing, there are so many more that the financial potential is more significant. Some other advantages to companies seeking out Reg A+ funding include:

Why you should not choose Regulation A+

If your company needs to raise less than $4 million, Reg A+ is not cost-effective, compared to other methods like Title II Equity CrowdFunding. For more considerable capital raises, Reg A+ comes into its own and can be the most cost-effective method for raising sizable amounts of money because of the ability for companies to market to all investors through all marketing channels and methods. A company specializing in selling products or services to other businesses would also not usually be a strong fit for Reg A+ offerings at this stage - although that will change as Reg A+ becomes better known and accepted. Consumers are the ones who will be excited about investing in growth companies with products that they like or want to own so that consumer-facing companies will fare best in Regulation A+ offerings for the following year. A company that does not have a solid user base or following could also struggle to raise the necessary funds in a Reg A+ setup, but this is not always a deal-breaker.

Current status of Regulation A+

As of February 2016, 45 companies have applied to the Securities and Exchange Commission to offer Regulation A+ investments opportunities to raise capital. Twelve of these have been qualified by the SEC (one completing a $16 million offer, one still happening that will fall between $3 million and $20 million, and a third still ongoing with $15 million maximum).

Here at Manhattan Street Capital, we forecast that the rate at which filings are Qualified by the SEC will double by September 2016. There will be 12 Reg A+ offerings finalized by September 2016, which will raise approximately $280 million.

FAQs about Regulation A+

Many questions are surrounding Reg A+ funding, both by investors and startups/growth-stage companies. Who can invest in Regulation A+ companies? How does the capital-raising process work? As a company owner, do I have to go public to tap Regulation A+ funding? What is the difference between a Main Street and an Accredited investor? How is Title IV funding different from other crowdsourcing options? To delve more deeply into the answers to these questions, visit the MSC FAQ page.

How MSC plays a role in Regulation A+

Manhattan Street Capital connects leading street investors with startups planning to, and currently offering, Regulation A+ funding opportunities. Members of the MSC network can reserve their investments before they are even available, learn more and engage with the startup or growth-phase company, and make the investment when the time is right. In a traditional IPO setup, it can be next to impossible for interested parties to buy the stock they desire. Still, with the help of MSC and Reg A+ opportunities, all investors have a chance at landing stock.

Are you interested in funding your company or being a Regulation A+ investor? Join the Manhattan Street Capital network for free and learn more.

Rod Turner is the founder and CEO of Manhattan Street Capital, the #1 Growth Capital service for mature startups and mid-sized companies to raise capital using Regulation A+. Turner has played a vital role in building successful companies, including Symantec/Norton (SYMC), Ashton Tate, MicroPort, Knowledge Adventure, and more. He is an experienced investor who has built a Venture Capital business (Irvine Ventures) and has made angel and mezzanine investments in companies such as Bloom, Amyris (AMRS), Ask Jeeves, and eASIC. 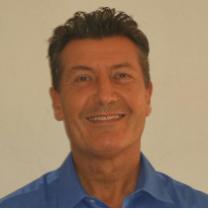 Eric Smith on January 30
Hey Rod, Thanks for sharing information about Regulation A+.Your efforts will help investors.Here you have mentioned whole details about Regulation A+ which is much required for any investor. Hope for the positive response. Thanks

Interactive Video Interview: Using Regulation A+ for Funding Real Estate Ventures
Please read the disclaimer below the index   Chapters Why is real estate succeeding with Reg A+? Upfront costs of a Reg A+ offering PR and marketing Fees of...
Read More 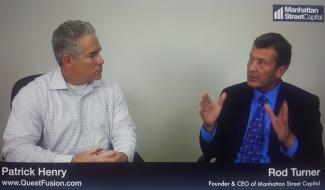 Interactive Video Interview: How to Succeed At Raising Capital Using Regulation A+
Please read the disclaimer below the index   Chapters Current and future size of Reg A+ market General overview of Reg A+ Liquidity/IPO with Reg A+ Reg A+ vs...
Read More

How To Do An IPO To The NASDAQ or NYSE In 7 Steps Using Regulation A+
Phase 1; Preparation 1. Select a marketing agency that will manage your 360° marketing campaign. We will introduce you to experienced marketing agencies. Connect with...
Read More 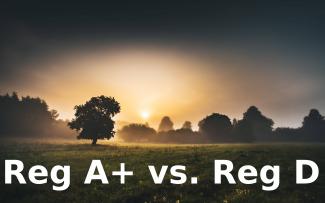 Reg D 506c and Reg D 506b compared with Reg A+
According to the Securities Act of 1933, every company has to register its offering with the SEC in order to sell its shares. There are situations where the exemptions...
Read More 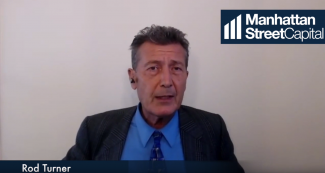 How to use Reg A+ for your Public Company Secondary Offering; Interactive Clickable Video;
Use the Chapters list below to select the part of the video you want to watch.     Please read the disclaimer below the index   Chapters Rod's introduction What is...
Read More 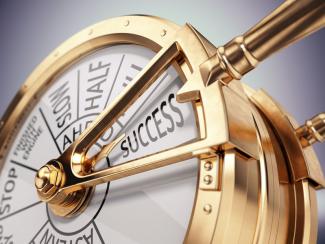 Entreprenuers: 12 Tips On How To Succeed In Raising Growth Capital Via Reg A+
As the CEO of a capital raising platform specializing in Regulation A+, I assist many companies considering raising capital using Regulation A+. I have had meetings...
Read More 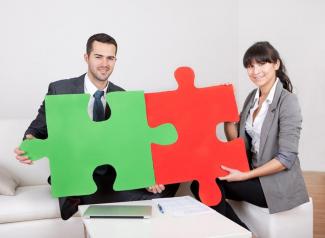 Raising Capital Or IPO: Regulation A+ Works Best For These 14 Company Types
Click here to read this article written by Rod Turner for Forbes. I am often asked what types of companies Regulation A+ will work best for. Here I describe the ideal ...
Read More