This offering has completed and is not accepting investments.
Go to our Home page

Radiant Pain Relief Centres offers a new way chronic pain is treated through its exclusive direct to consumer, clinical business built around a novel Patent Protected FDA-cleared device and a highly refined care model. Radiant's business model is predicated on the establishment of systems designed to ensure consistency fundamental for building a disruptive business and a strong consumer brand.

With over 3 years of clinical operating experience and treating hundreds of patients with nearly every type of chronic page in a pilot operation, Radiant has proven the therapeutic benefits of the device with an 84% average reduction in pain and over 90% of patients concluding therapy at zero or near zero levels.

Radiant's unique and progressive treatment for chronic pain helps retrain the brain and restore it back to a more normal, healthy perception of pain. Rather than masking the pain, Radiant's novel technology safely and effectively retrains the brain restoring it back to a more normalized perception of pain. Treatment is safe, effective and side effect free, even when other treatments have failed, all while being delivered in comfortable, inviting, spa-like centers, rather than typical un-inspiring clinic settings. 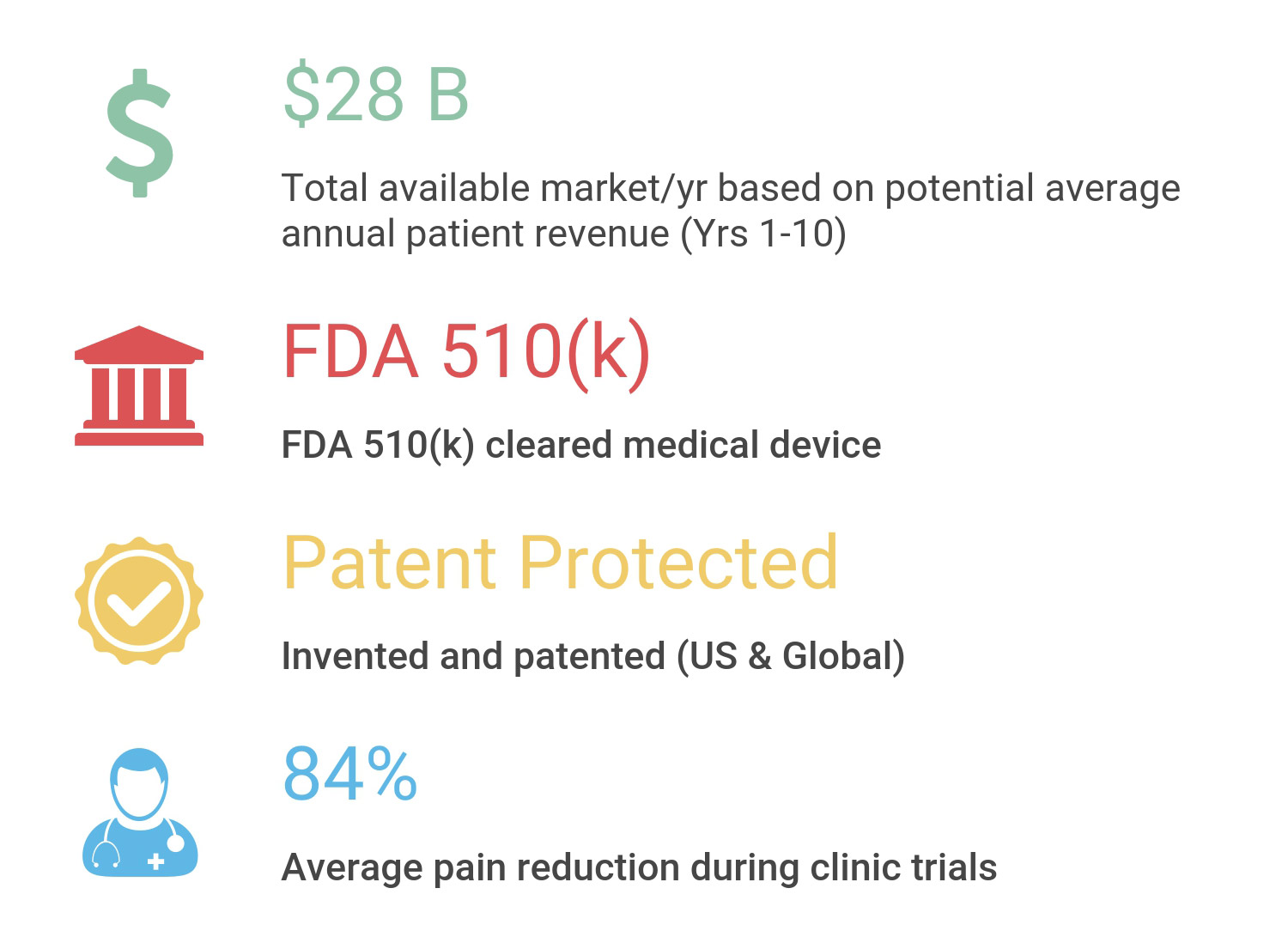 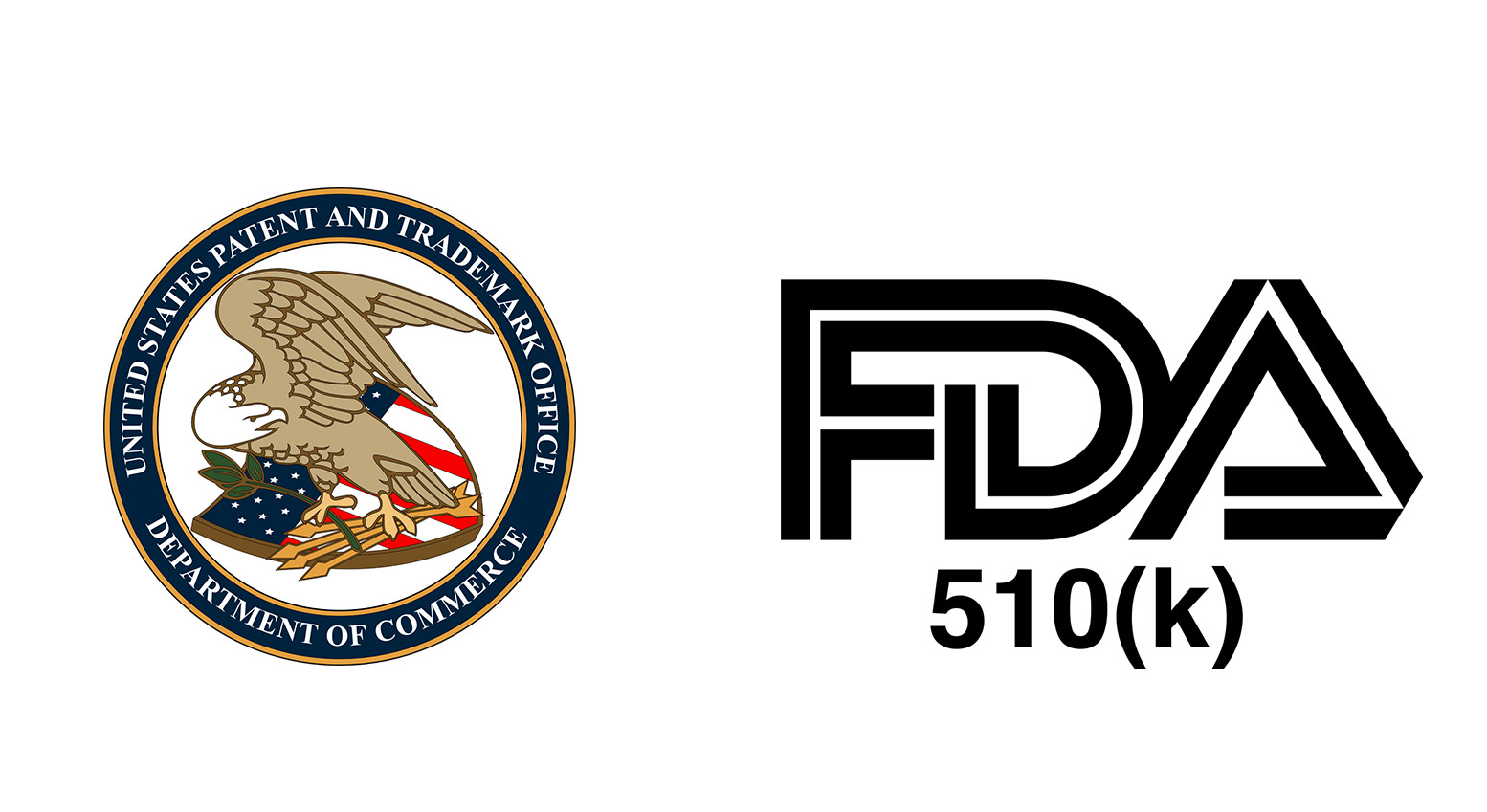 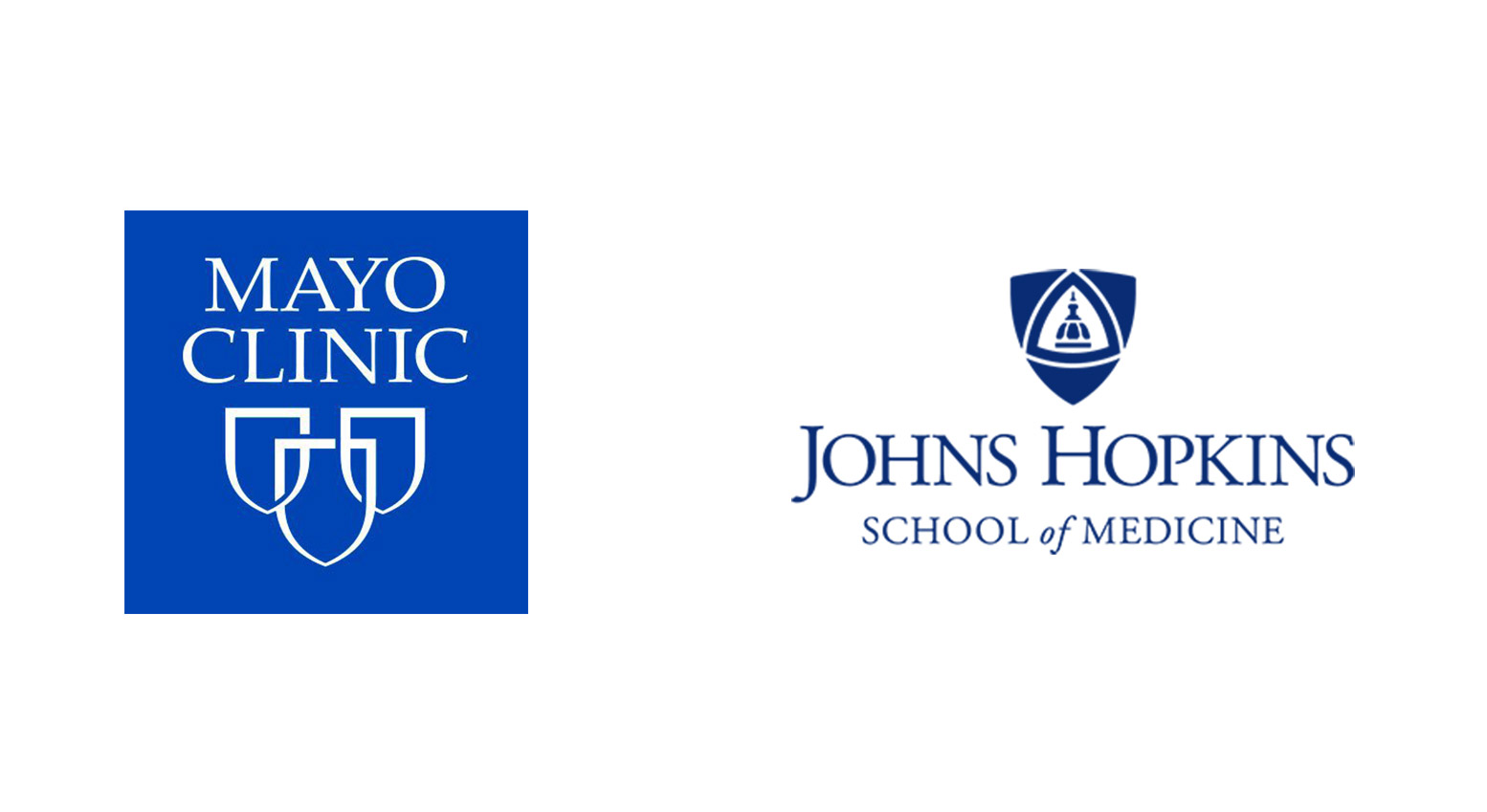 Over 100 million people suffer from chronic pain every year and the effects of pain exact a tremendous cost on our country in health care costs, rehabilitation and lost worker productivity, as well as the emotional and financial burden it places on patients and their families. According to the Institute of Medicine Report: Relieving Pain in America: A Blueprint for Transforming Prevention, Care, Education, and Research, pain is a significant public health problem that costs society at least $560-$635 billion annually, an amount equal to about $2,000.00 for everyone living in the US. This includes the total incremental cost of health care due to pain from ranging between $261 to $300 billion and $297-$336 billion due to lost productivity (based on days of work missed, hours of work lost, and lower wages).

Historical treatment solution for chronic pain, including drugs, needles, surgeries and the range of “alternative” solutions are often not effective at treating chronic pain with lasting results, and in many cases may be highly risky, addictive or dangerous. This is because chronic pain becomes a disease, rather than a symptom of another problem. Chronic pain is a pathological condition, a disease of its own, rather than a symptom of a problem. In most chronic pain, the brain develops an expectation and hypersensitivity to pain, causing it to grow in duration or intensity beyond what would be appropriate. Masking the pain with a drug, injection, or physical manipulation will often provide only temporary relief, but the side effects and risks of those treatments often contribute to other comorbidities, and health and societal problems, like the opioid addiction problem plaguing our country. 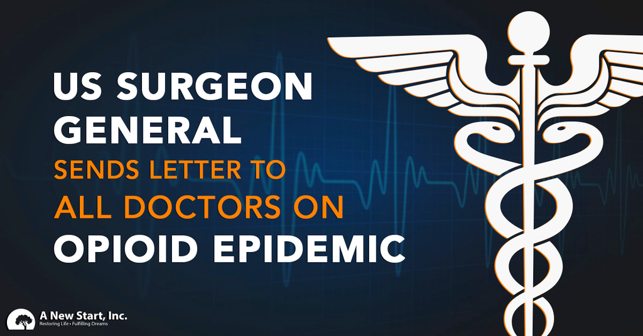 A New Technology in Pain Treatment

With an FDA-510(k) clearance, Radiant's Technology virtually re-trains the brain when it comes to the way it responds to pain. Electrodes are placed on the body in pairs, and the technology directs electrical signals to simulate non-pain information in patients. The technology acts like an artificial nerve as it generates a series of artificial impulses that mimic what exists in us naturally when we don't have chronic pain

Since 2014 Radiant has had an exclusive license for an FDA-cleared technology known in the medical and FDA literature as Scrambler Therapy. Due to commercialization challenges encountered and created by the former licensee (including high cost of equipment, little or no insurance reimbursement, a fundamental misunderstanding of how the technology works, etc.), this technology has not found wide-spread adoption by the medical establishment. However, Radiant has an opportunity to prove and to commercialize the technology differently. Radiant's business model is to build direct-to-consumer clinical centers. This controls the clinical and business operating variables to ensure consistency in result and experience necessary to build a strong brand. Additionally, this practice creates alignment and value across the entire supply chain all while costing patients a reasonable $10/day average for treatment. Through the Radiant model, this therapy becomes appealing and affordable to the consumer giving Radiant revenue to grow, expand, and to buy more equipment, thus benefiting everyone upstream in the supply chain.

Much like Tesla Motors has done with their novel, best in class electric cars, which are sold exclusively in their own Tesla owned retail stores rather than traditional car dealerships, Radiant's direct-to-consumer clinical model is part of the disruptive solution, allowing for an improved patient experience that transcends the technology. By building and owning centers, Radiant will be able to capture much more revenue and generate much higher profits than through selling the equipment (particularly given the market constraints of high cost of equipment, little insurance reimbursement and other factors). While there are costs associated with opening new centres, Radiant creates efficiencies in the three biggest cost areas that make commercializing this novel technology much more viable:

Cost of personnel to deliver the care

Rather than using physicians or RNs to deliver the treatment, Radiant uses lower level medical technicians (typically LPNs) which they train and certify in very exacting protocols, and which are overseen by higher credentialed clinical staff and physicians, thus allowing the company to produce high-quality care consistently at a much-reduced cost. Furthermore, in the Radiant center model, one technician is treating two patients on two devices simultaneously when the start times are staggered by 30 minutes, thus allowing the personnel costs to be cut in half again, and creating margin in the operation that allows the therapy to be affordable, while still netting EBITDA margins north of 35%.

Radiant buys at a wholesale price much lower than retail cost

Cost of acquisition of new customers/patients

By owning the treatment centers, Radiant can create operating margins while keeping the price low, and maintain the necessary consistency to build a brand. In return, this creates an incentive to want to advertise and market. With multiple centers opened in the same market or geographical region, the high cost of retail advertising is spread across multiple centers, thus becoming more justifiable and creating a much stronger potential Return on Investment (ROI) from that marketing spend.

Today, Radiant has been able to secure complete North American rights to the next generation of technology. The US and global patents for this new, “next-gen” technology will be co-owned by Radiant, which will also exclusively hold the FDA-clearance. This evolution will put Radiant into a much stronger position to defend and evolve the intellectual property, even as it continues to build competitive barriers to entry through its first-to-market, patient-centered care model, and the development of the Radiant brand. As the company works through the steps of bringing this new technology to market, it continues to rely upon its current supply agreement allowing for no disruption to expansion in the short term. While new, competitive, technology may be developed, as Radiant becomes more established, grows a strong brand and captures more and more market share, it becomes a distribution source for that new technology rather than threatened by it. This is akin to building the railroad. Once the cost of laying the track has been achieved, revenues can flow unfettered across the track nearly indefinitely. The same is true with Radiant. By focus on the establishment of a strong brand, and expanded infrastructure of its centers, new technology is more likely to be met as an opportunity rather than a threat. 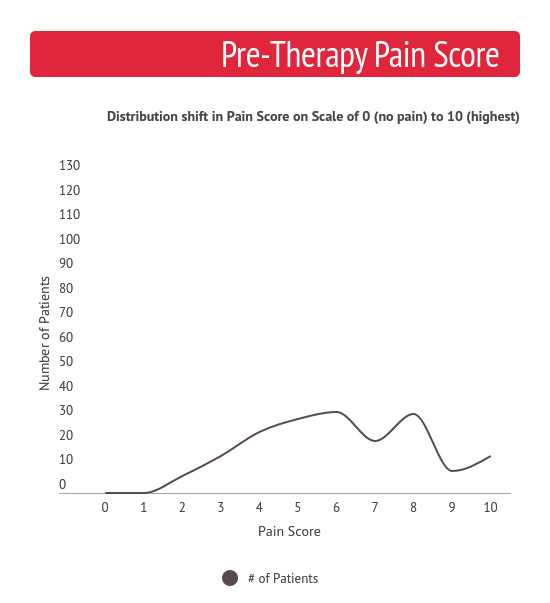 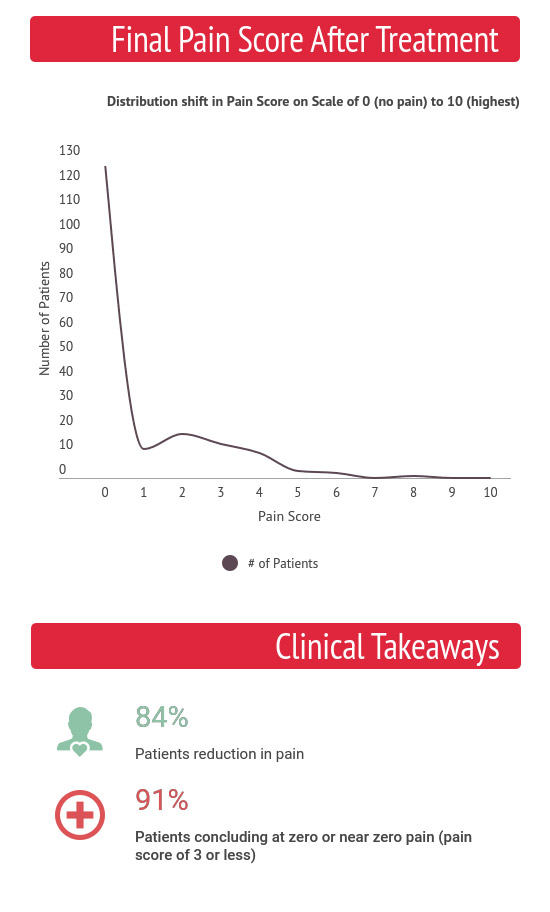 Growth Plan & Use of Proceeds

Radiant plans to raise sufficient capital to open 10-15 new Radiant Pain Relief Centres in diverse markets across the country. This will help establish Radiant's solution nationally and build a strong brand. Radiant's vision is to expand to hundreds of centers across the country over the coming years. 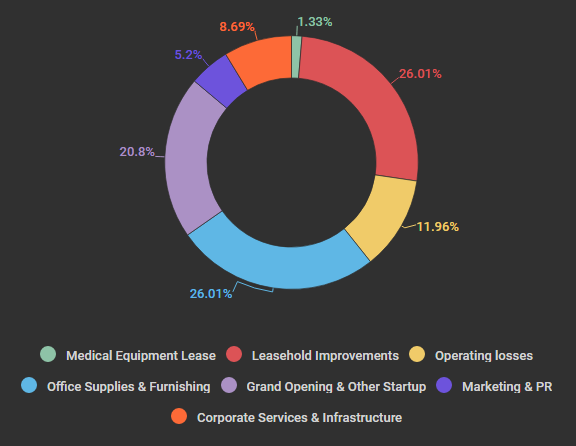 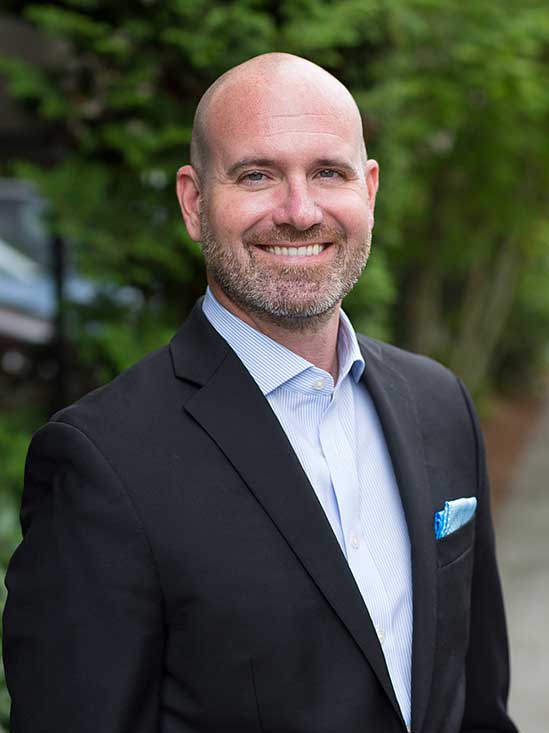 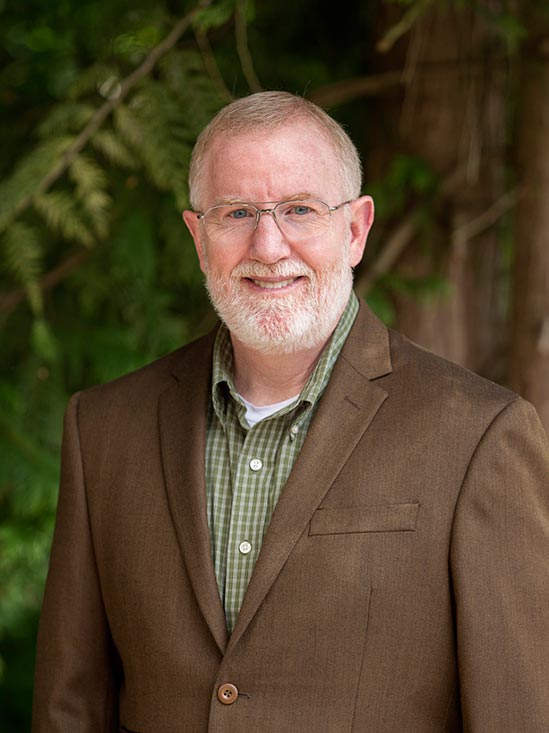 A partner at AterWynne, with nearly 20 years experience forming and helping to capitalize over 200 different companies

An experienced healthcare, higher-education and international training and development professional with a particular expertise in building high-performing teams and productive company cultures

An experienced and well respected CPA and long-time angel investor

Chairman of the Board: An experienced C-level medical device executive with a PhD in biochemistry and a background in venture capital

Economics – To some patients, the therapy must be covered by insurance to become mainstream. Radiant sees this differently. The company believes anytime the consumer is investing their own money there is a higher level of engagement and participation – making it a healthy exchange. In addition, insurance is in a state of flux right now with changes to The Affordable Care Act, increasing costs of coverage, premiums and deductibles. This has made it costly to contract with and deal with insurance, particularly on a new therapy. Radiant’s business decision is to create a pricing model direct to the patient that most patients find affordable, and which allows Radiant to build a viable, long-term sustainable business.

The Model – Why build centers, why not sell devices? The revenue potential from sales commissions is far lower than the on-going treatment revenues, but perhaps even more important is the brand integrity. If this technology was sold to various clinicians, used in a variety of settings, combined with other therapies, and priced in different ways, the result is variance in clinical outcomes and patient experience. It is impossible to build a strong brand, particularly for something as different as this technology. Through the Radiant center model, the company can create consistency necessary to build and grow a strong brand because everything is the same: the experience, the outcomes, the pricing, the language, the training, etc. Furthermore, the company also creates efficiencies in the business that are impossible to replicate otherwise. 1. Radiant doesn’t buy devices at retail, but rather at wholesale, cutting the prices down significantly. 2. They don’t have a doctor or even a Registered Nurse (RN) delivering the care, but rather a trained technician with a lower level clinical background like Licensed Practical Nurse (LPN) or Medical Assistant (MA), which cost us about $20-25/hour. Furthermore, in the center model, they have that one technician treating on two devices simultaneously if the start times are staggered by 30 minutes, so that personnel cost is cut in half again, allowing Radiant to create margin in its operations, while still keeping the price point low to the patient. 3. Lastly the center concept allows the company to create a much stronger ROI in advertising and marketing, because not only do they control the brand which creates a vested interest to want to market, but as they open multiple centers in the same geographic region, the cost of advertising is shared across those centers so the company can afford to market on a higher scale.

Rod Turner on July 10
Please post your advice and suggestions, and questions here, so the team at Radiant Pain can learn from you how to improve their Audition page. Thank you! Rod